Blog - Latest News
You are here: Home1 / In The News2 / WALL STREET JOURNAL 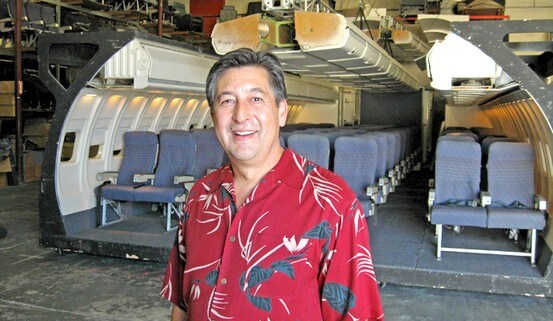 The entertainment industry has long had an out-sized interest in airplanes and airports, playing off the fears of crashes, the comedy and frustration of airlines and travel, the pain of separation and the joy of reunion, or just moving stories along by moving characters around. Airplanes are a good backdrop for dialogue, for chance encounters and, of course, for comedy.

But using real jets or stocking airplane equipment at studios is expensive. So airplane and airport sets have been outsourced to two companies—Air Hollywood in Pacoima and Aero Mock-Ups in nearby North Hollywood—that specialize in flying scenes. They bring air travel to life on the screen without leaving the ground.